- September 18, 2018
The only way that there can be a fair and impartial hearing is if the FBI first conducts its investigation and presents its findings to the Senate Judiciary Committee.

Trump was just being his normal delirious self when he said today that the FBI is not interested in this investigation. Evidently the FBI picks and chooses what it feels like investigating, as long as it doesn’t interrupt their tea and crumpets. GEZUZ, Trump regurgitates some really stupid comments.

Christine Blasey Ford is entitled to be heard and her allegations fully vetted by the FBI, including all witnesses, and a full investigation into the threats against her and her family.

We have a Russian operative who was put into the White House and is masquerading as the President of the United States. He is illegally in office.

He and his corrupt attorneys are using legal maneuvering to facilitate the agenda of the hyper-wealthy and Russia, in order to conceal the truth and allow the corruption to continue. These criminal…
Post a Comment
Read more 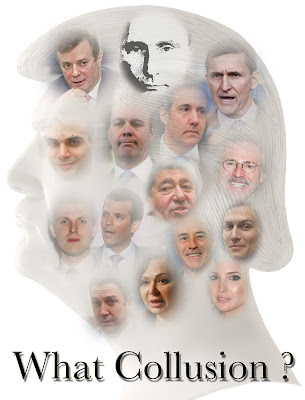 “Where’s the Collusion,” Donald Trump repeatedly remarked to his audience during his rally at the Charleston Civic Center in West Virginia last Tuesday evening (August 21st), which took place immediately following the news of the Paul Manafort convictions and Michael Cohen guilty pleas – both in United States District Court.

Although Trump made some brief remarks regarding Tuesday’s jury verdict convicting his former Campaign Chairman, Paul Manafort on eight felony charges, he did not remark about the guilty pleas entered in United States District Court by his personal attorney and “fixer,” Michael Cohen.

Counts seven (7) and eight (8) of the information to which Cohen pleaded guilty are the two counts that expressly and directly implicate Donald J. Trump personally, the Trump Organization, The National Enquirer tabloid and its publisher, David Pecker in criminal conspiracies – “conspiracy” is a synonym for “collusion,” as anyone can check in any thesaurus.

Alex Jones may have no Platforms Left - Now Banned by Vimeo 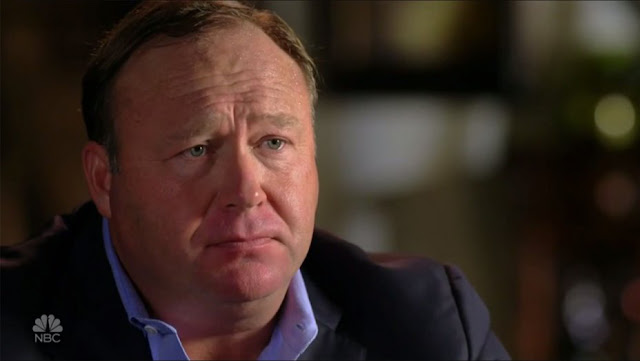 Following bans of Alex Jones by Apple, YouTube, Facebook and Spotify, Vimeo has joined the social media platforms that refuse to give hate and bigotry a home.

For several years, it has been the deliberate focus of Russia to create division within the United States through social media.

As a part of that agenda, Russia has backed a huge number of propaganda outlets that promote divisive rhetoric, fully intended to incite hate-filled fractures within our American cultures.

Alex Jones has clearly been among the delivery mechanisms that have precipitated hate filled bigotry and division within our Nation, causing escalating violent confrontations on American streets and chaos within the political leadership of our nearly indistinguishable democracy.

It really should send a message to the supporters of the radical far right that our culture is simply not going to tolerate this kind of reckless, uncivilized and unacceptable divisive propaganda any longer. Virtually all of the major social …
Post a Comment
Read more

Is Twitter covertly, but expressly supporting a Russia / Trump agenda to influence the 2018 Midterm Elections? 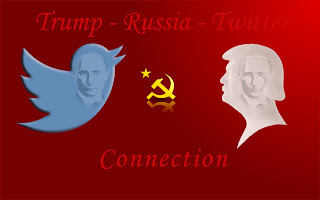 The United States intelligence community and Department of Justice have unanimously opined that there is unquestionable evidence that the Russian government knowingly, and deliberately influenced the 2016 U.S. presidential election, that its influence was specifically targeted and intended to help Trump win, and it was intended to hurt his opponent(s).  Even Vladimir Putin has admitted on video, during a press conference in Helsinki that he wanted Trump to win the election and that he instructed his subordinates to help facilitate that objective.

It is also common knowledge that many Social Media platforms provided a vehicle to facilitate the objectives of the Russian influence campaign.

We are now learning that an anonymous conspiracy-monger launched a domestic based movement – an organization calling itself the “Q.”

“Q” is a reference to QAnon, a group of people attempting to decode vague, anonymous comments posted on dark web message boards such as 4chan and 8chan. It's also …
Post a Comment
Read more 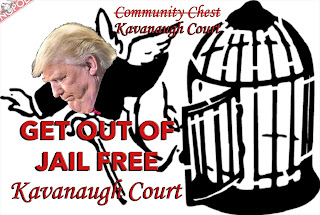 IS THE PRESIDENT’S NOMINATION OF BRETT KAVANAUGH TO THE SUPREME COURT DONALD TRUMP’S GET OUT OF JAIL FREE CARD?

Why had Trump chosen Brett Kavanaugh as his Supreme Court nominee, and why are there so many ads running on television and social media to support Kavanaugh?

The judiciary is supposed to be independent of the political process, yet the advertising appears to mirror political advertising – to get a person confirmed and appointed to the United States Supreme Court.

By now, it is common knowledge that Donald Trump has a plethora of legal issues, which range from allegations of paying-off former adulterous affairs to allegations of violating the Constitution’s emoluments clause, to participating in a conspiracy with the Russian government to influence the 2016 election, and/or conspiring to cover that up, to obstruction of justice.  To clarify, these are all allegations, and every person is innocent until proven guilty.

America is Under Attack

- July 21, 2018
After a week of telling all of our European Allies and NATO to go pound rocks, and then toping off his foreign tour with the grand finale by cozying up to Vladimir Putin like a spanked puppy, the Stain on America who is masquerading as the President of the United States is attempting to change the public narrative to anything but his obvious treasonous support of an enemy.

Trump’s Tweet before leaving for his New Jersey golf club was to resurrect the NFL taking-a-knee protest, which is a constitutionally protected expression of the First Amendment freedom of speech.  Albeit clumsily and amateur, his desperation to change the narrative is pervasive.

It appears likely that the tape recording of Michael Cohen and Trump regarding a pay-off to former Playboy model Karen McDougal was leaked to the New York Times by the Trump camp.  At this juncture, with the obvious treasonous behavior of Trump dominating all media, anything is better in the news cycle than Trump’s having sold out America.

THE SHINING CITY UPON A HILL

- July 17, 2018
As a Nation, the United States is experiencing a historic period, which may well be chronicled among its darkest stains.

With the assistance of at least one foreign foe, The Russian Federation, The United States elected and seated an individual into the Office of President of the United States, whose decorum is demonstratively representative of his core character.

Some may argue that many of the actions of the current occupant of the United States Presidency are a collective Stain on America.  This commemorative coin exemplifies the very core of the person whose quotation appears on its reverse side.

Within his first five hundred thirty days as the occupant of the Office of the United States Presidency, that White House tenant has cataloged over three thousand untruthful or misleading statements to America, Her People and Her free press; he has caused grievous and irreparable damage to Her most sacred institutions; through a cunning and mendacious scheme, he has decimated Her intell…
Post a Comment
Read more
More posts